You know, for such a minor change, this is actually quite significant to me. I drew a little cover for the game! It's not super good, but it's the first bit of original art I've made for the game in a long time.

Most importantly, the last update marks the last of the big revisions/additions I needed to start paving the way towards Beta. So this is kind of a cleanup for me to start playtesting properly - including a separate, print-friendly file. From now on, the screen PDF file (Night Palette) will have the changelog and placeholder art, while the print version (Day Palette) only has my drawing and no other art, and it's specifically prepped for printing and playtesting - no changelog or other irrelevant stuff. You can print it as-is, and in fact, I've done it myself: 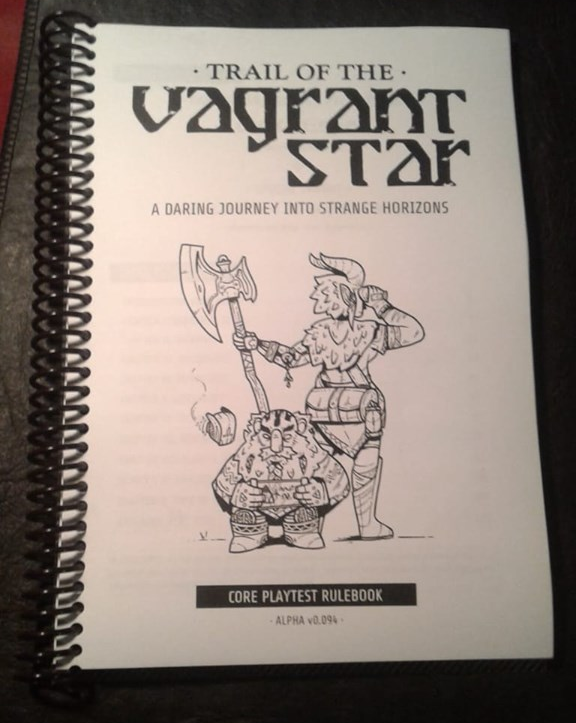 You might notice that it has a new logo and slogan, something I've been playing around with for a while. Time to playtest!

I wanted to give it a bit of original art this time around, if only for a few versions. The new logo is definitely staying, though. (Or is it)

I need to proofread my stuff more often.

This version is black-on-white, has larger margins, smaller text, different odd and even page numbering, and no placeholder art, just my cover art.

This is for both the Day and Night versions, for the sake of consistency and breathing room.

Lunar Calendar was Vertical and that bothered me. Plus, now I get to give more space to the travel notes and the routine! Play Aids are now on the last 5 pages of both files, and also present as a standalone file.

The only actual change to the game and not format stuff

This one couldn't wait and I had to squeeze it in. Kind categories were worded weirdly and I wanted to fix it. Also, I added two new Kind categories, both of which are physical manifestations of spirits of different kinds. Fiends are your general go-to malevolent spirits and humanoid/occult monsters that deal in tricks and riddles, while Faeries are trickster spirits that aren't necessarily evil, but that can play nasty pranks on the players or help them out for petty reasons. Kind of like the Unseelie and Seelie Courts, but not quite.

See you next time!

Get Trail of the Vagrant Star

Trail of the Vagrant Star